READ SOME OF OUR CLIENTS TESTIMONIALS

Thank you so much for being such a wonderful partner and for your wonderful staff who are always so great. You have a tremendous team and we are very grateful to all of you.

You Have a Tremendous Team

Dear Tony, I am writing a long overdue letter of thanks to you and all the wonderful staff at Bell Pharmacy for your professional and compassionate service.

In January of 2016 Somerset West CHC became involved in providing clinical care at the Radisson Hotel, an interim lodging site for newly arrived Syrian refugees. We turned to Bell Pharmacy, a long-standing and valued partner to help us in providing the much needed medications and supplements for our new clients.

Bell Pharmacy staff went out of their way once again, as they are known to do, ensuring that prescriptions were filled and delivered to the hotel. We were very fortunate that your Arabic speaking staff were able to assist with directions that could be read by the refugees.

The first weekend SWCHC staff was on site at the hotel it became apparent that just writing prescriptions was the easy part. The real challenge was to have them all filled in an efficient and timely manner.

One call to Bell Pharmacy and we were able to fax multiple prescriptions (34, I believe) along with their IFH forms and have them filled. It was late in the day when I went to pick up the prescriptions on that one occasion and though it was a Sunday, staff on duty was friendly and helpful. I was so grateful to see their smiling faces.

The Somerset West Community Health Centre is very pleased and proud to name “Tony” as the winner of its 2006 Community Service Award.

“It was about 22 years ago that an Armenian immigrant with degrees in Pharmaceutical Sciences from the American University of Beirut was ready to make the big step of opening his own Pharmacy in Ottawa. It was a risky venture that meant that he and his young family would be giving up the security of his position as manager of a Woolco Pharmacy outlet for several years of struggling to establish a successful business.

But for Antranik Boghossian, the values of dedication and determination instilled by his family helped him complete the demands of his studies at a time when Beirut was under constant shelling and traveling the streets was to put your life at risk. However, circumstances of civil war in Lebanon at the time offered little hope of using his credentials to advance his career.

So he left for America, Boston to be precise. But Boston proved to be a false start. U.S. regulations were going to hold him back in his aspirations. Fortunately, through the Canadian Embassy he was able to acquire all the information and steps he needed to complete in order to become qualified to practice his profession in Canada. He was then ready for his first Canadian position in Brockville, Ontario. He chose Brockville because it was close to the large Armenian community in Montreal where he would, in time, find and marry his wife.

They moved to Ottawa where he took on the position at Woolco in the east end of the city. When the time came for him to strike out on his own venture, he had a real estate agent scout all the possible available locations. The agent found a number of possibilities, most located in relatively affluent neighbourhoods; but Mr. Boghossian had decided that our neighbourhood, in spite of a high rate of poverty and other social problems, was in the greatest need of the kind of service he wanted to provide.

In December of 1984, he opened Bell Pharmacy in a leased shop on Bell St. N. It was not long after that his reputation for treating his clients with sincere concern, compassion, and respect, no matter what their personal circumstances might be, spread by word of mouth throughout the community and he developed a large and loyal client base. By this time he had become known to most people in the area simply as “Tony”.

Twelve years later, he was able to buy his own building and relocate to his current location at 737 Gladstone. Still as Bell Pharmacy, and still about a half a block from Bell St. Those were difficult times for our community. Drug use and the associated problems were a constant threat to the peace and security of our neighbourhood. For lack of a coordinated effort to address the problem, used syringes that could carry hepatitis or the HIV virus were being discarded in our laneways, playgrounds, and schoolyards. Many agencies worked to reduce the problem through a variety of initiatives, but Tony was among the very few pharmacists to install a safe disposal container at his business. Syringes, however, are only a by-product of the real problem of addiction.

Tony stepped up to the plate to deliver daily controlled doses of methadone to addicts on their path to recovery. He had to endure some flak from some members of the community, but he felt bound by his professional duty as part of the health care network to do his part to address the problems. Any regular client of the pharmacy sitting waiting for a prescription to be filled can’t help over time but notice the great diversity among the parade of clients that come through their doors.

And they can’t help but notice that each and every one of them, no matter what their station in life is, received the same degree of respect and concern from Tony and his staff, who emulate his approach to their profession by taking an active interest in the lives and wellbeing of those who approach their counter for help. It is common to overhear folks asked about a pet that was sick, a family member’s new job or how their garden is growing and this is testament to the fact that they are not treated as just paying customers but as human beings integral to the life of the community.

And many people on limited incomes tell of a time when they didn’t have enough money for a health need and Tony helped by reducing the price 10 or 15% or even told them to pay for it when they could. Such is the client loyalty Tony has cultivated that, over the years, although many of his regulars have moved as far afield as Kanata, Stittsville, Orleans, and Cumberland, they still continue to depend on Bell pharmacy for all their medical needs. Tony also doesn’t forget the obstacles he endured in earning the right to practice his profession with foreign university credentials.

For the past 20 years, he has served as a preceptor (a mentor) to 17 pharmacy student interns, all but two foreign trained. He has assembled a staff that represents a broad cross-section of the cultures and languages of the community to better serve the many new Canadians in the community as well as many seniors who are just more at ease in their native language. The high regard that Tony has earned in the community was never more evident than when he needed community support for a zoning adjustment to expand his pharmacy.

Close to 1000 signatures were gathered to support his plans and have the zoning approved. And true to Tony’s approach to serving the community the best way he can. His new premises will feature parking and wheelchair access from the rear to save frail seniors from having to contend with traffic on Gladstone Ave to reach the store. Other features include wide aisles for freer movement and a private consultation room. And on top of all this, quite literally on top, Tony is building 4 new affordable apartments, a much-needed addition to the limited housing available in the area.

“Tony” Antranik Boghossian demonstrates on a daily basis the qualities of an active and concerned member of our community and serves as an outstanding example of how one person can make such a positive contribution to the well-being of their neighbourhood and do it with such quiet, subdued humility.

Thanks again for your support and neighbourly presence.

On behalf of the Lebreton street gang, we wish to thank you for sponsoring our excellent and popular caricaturist. Laura was wonderful and a great hit. Bell Street Pharmacy has such an excellent reputation among those of us who have been here for a while.

You are such a positive member of the community. We did announce your excellent services and well-founded reputation to the whole gang on the street.

We will also continue to promote the pharmacy’s excellence to the new residents in the area.

Service is the best. The staff treats you like family. Patient and friendly always.

Take Really Good Care of Me

Fantastic, friendly, and helpful staff. They take really good care of me.

Professional and helpful. We’ve been coming here for 10 years and have always had great experiences at Bell Pharmacy.

BELL PHARMACY’S RESPONSE TO COVID-19In response to COVID-19 and to protect our customers and staff from the spread of the virus, effective tomorrow, March 25, 2020, Bell Pharmacy is making the following operational changes:

We will continue to do our utmost to serve you in the best, safest way possible during this difficult time. 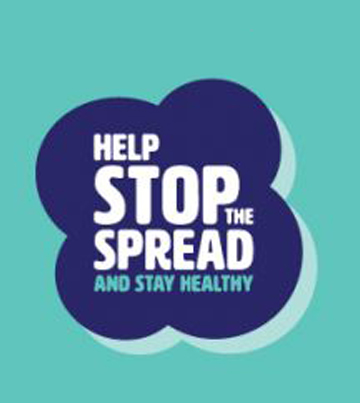